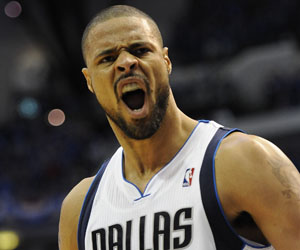 Tyson Chandler wants to return to the world champion Dallas Mavericks but the new CBA deal may complicate his plans. (USPRESSWIRE)

Now that the NBA and its players have finally reached an agreement on a new collective bargaining contract after five months of posturing and bickering, teams can start working on their free agency plans. The free agency period is set to begin on Dec. 9, which is the same time training camps open.

Although the 2011 free agency class is not as potent as the 2010 class there are still plenty of good names on the list that could tilt the balance of power in each conference. Defending champion Dallas has six players whose contracts expired on July 1 and all are unrestricted (Tyson Chandler, Peja Stojakovic, J.J. Barea, Caron Butler, Brian Cardinal, DeShawn Stevenson), which means they can sign with any team. The Denver Nuggets could lose Nene Hilario and J.R. Smith, while the Portland Trail Blazers need to decide if they want to keep 2007 No. 1 overall pick Greg Oden, who has been hampered by two devastating knee injuries the past two seasons.

Kris Humphries is an unrestricted free agent, but it is not known if ex-wife Kim Kardashian is going to use her midlevel exception on him. OneManFastBreak.net examines the 10 best free agents available when training camp starts on Dec. 9:

10) TAYSHAUN PRINCE (UNRESTRICTED)
The 6-foot-9 forward has been stuck in gloomy Detroit since his rookie season in 2002. The Pistons are going nowhere and now is the best time to bail. Prince is only 31 years old and could be persuaded to play for a contending team. Prince is a capable role player who plays solid defense and has championship experience.

9) J.J. BAREA (UNRESTRICTED)
The Puerto Rican sensation had been mired in obscrurity for much of his NBA career, but he burst onto the national spotlight during the 2011 playoffs when he lit up the Lakers in the Western Conference semifinals. Barea, who played behind Jason Kidd, could command interest from teams desperate for a point guard. 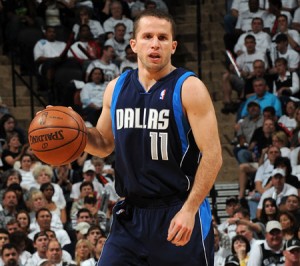 8) GLEN DAVIS (UNRESTRICTED)
The Celtics’ window of opportunity to win another NBA title is closing. They have seven unrestricted free agents and one restricted (Jeff Green). One of the unrestricted free agents is Glen “Big Baby” Davis. Davis is a backup forward who can play starter minutes if given an opportunity. Davis, who is only 25, will be seeking a long-term deal, but Boston will definitely try hard to keep him. The Nuggets, Magic and Pistons have already inquired about Davis.

7) AARON BROOKS (RESTRICTED
Still unsure why the Rockets gave up so quickly on Brooks, who can change the game with his speed and 3-point shooting. The Suns acquired Brooks in a trade with the Rockets as insurance policy for All-Star point guard Steve Nash, who will be a free agent in the summer of 2012. We’ll find out soon if Brooks is in the Suns’ long-term plans if he’s offered a $50-million deal by another team.

6) DAVID WEST (UNRESTRICTED)
The Hornets are in a delicate position. If they don’t re-sign David West they could potentially lose their franchise player Chris Paul even before the season starts because management is basically telling CP3 that they are not committed to winning. West is coming off knee surgery so teams need to be conscious of the fact that he may not be the same player before the injury.

5) ANDREI KIRILENKO (UNRESTRICTED)
Hard to imagine seeing AK47 in a different uniform because he has been a fixture with the Jazz for a decade. But also hard to imagine the Jazz signing the forward to an $86-million deal six years ago. Talk about overpaying for guy who is not even a third-team All-NBA performer. Kirilenko, 30, may not be a franchise player, but he can be signed for half that amount for a contending team.

4) TYSON CHANDLER (UNRESTRICTED)
It would be a shame should the Mavericks lose Chandler because his presence on the defensive end was crucial to the Mavericks’ championship run last June. The 7-1, center has said he would like to return to Dallas, but the new collective bargaining rules may make it hard for him to re-sign with the Mavs.

3) JAMAL CRAWFORD (UNRESTRICTED)
The Atlanta Hawks were quick to give big contracts to Joe Johnson and Al Horford, but the team has been hesitant to give Crawford an extension. Free agency is nothing new to Crawford, who bounced around three teams (Chicago, New York, Golden State) before landing in Atlanta in 2009. Crawford could bounce again if the Hawks don’t show him some love. 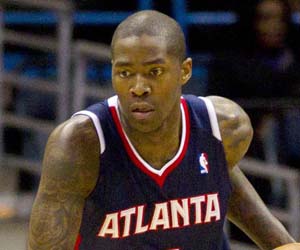 Jamal Crawford's days with the Atlanta Hawks may be numbered. (USPRESSWIRE)

2) NENE HILARIO (UNRESTRICTED)
Could it be deja vu for the Nuggets? They lost Carmelo Anthony last year to the New York Knicks and now they could potentially lose Nene without compensation. Nene, 29, is still in the prime of his career and any team can certainly use a 6-10 power forward – who can occasionally play center – that shoots almost 60% from the field.

1) MARC GASOL (RESTRICTED)
Pau Gasol’s younger brother is the gem of this year’s free agent class. The 7-1, 270-pound center is only 26 years old and a true low-post player who can affect the game on both ends. Marc Gasol is a restricted free agent, which means the Grizzlies can match any offer. But true centers are hard to find in the NBA so the big Spaniard should draw a lot of suitors and force the Grizzlies to match the offer.