It’s the unofficial halfway point of the 2009-10 NBA season and here are the individuals who helped shape the first half of the regular season.

McMillan and Mike Woodson were in a dead heat for this award, but I have to give it to the coach who has watched his roster get decimated by injuries and then, to add insult to injury (no pun intended), McMillan ruptured his Achilles’ tendon during practice because the Blazers didn’t have enough bodies to scrimmage. McMillan still wears a walking boot when he’s coaching on the sidelines. Now that’s dedication!

The popular choice here is Jamal Crawford of the Hawks, but if you look Lamar Odom’s overall production in the amount of minutes he plays, he is more of an impact player than Crawford, San Antonio’s Manu Ginobili or Dallas’ Jason Terry. If Odom played more minutes, he would be in the top three in rebounds. He initiates the Lakers’ triangle offense and is a very underrated defender. At 6-10 with guard-like handles, Odom is a nightmare matchup for a lot of teams and he is a vital cog in L.A.’s championship aspirations.

When the Rockets let go of Rafer Alston, it signaled that the coaching staff and GM Daryl Morey was convinced that Aaron Brooks can, and will be, the point guard of the present and future of the franchise. Brooks has not only lived up to their expectations, he has surpassed them. The ultra-quick point guard has improved his scoring from 11 to 19 and despite the increase in field goal attempts, he is shooting better this season (42%) than last season (40%). 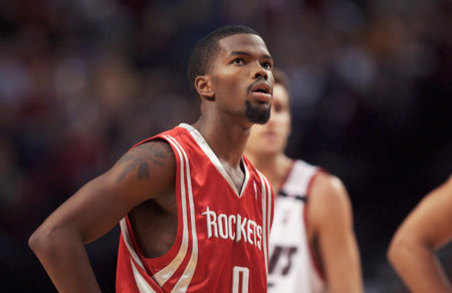 The comeback player of the year doesn’t have to be awarded to a player returning from an injury. It could be someone who was sent to basketball Siberia (see L.A. Clippers) and left to rot there. But Randolph has revived his career in Memphis and was a first-time All-Star this year. Randolph is a 20-10 player and has given the Grizzlies a legitimate inside threat who can command a double team.

Take away Brandon Jennings’ 55-point game against the Warriors and Evans has the more impressive rookie season. The former Memphis stud is averaging 20.3 points, 5.1 assists and 1.6 steals compared to Jennings, who is averaging 16.9 points, 6.2 assists and 1.3 steals. Trade rumors regarding Kevin Martin has solidified Evans’ standing as the foundation of the rebuilding Kings. The rest of the first-team All-Rookie squad should include Stephen Curry (Golden State), DeJuan Blair (San Antonio) and Darren Collison (New Orleans).

The easy pick here would be Dwight Howard, last year’s winner. But I can’t ignore Wallace’s impact this season. He is currently seventh in rebounds (10.9), 14th in steals (1.59) and 27th in blocks (1.1.) Those may not be gaudy when paired next to Howard’s stats, but Wallace does more than just rebound and defend. He is the heart and soul of the Bobcats’ second-ranked defense and his all-out hustle doesn’t usually show up on the stat sheet. 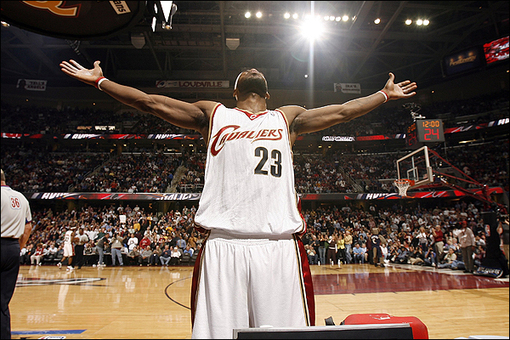 Last season, I chose Kobe Bryant over LeBron James and Dwyane Wade because the Lakers had the best record. This season, despite major injuries to Mo Williams and Delonte West, the Cavaliers have the best mark at the All-Star break because James has been out of this world and is playing like a demigod. During the Cavs’ 13-game winning streak, LeBron is averaging nearly 30 points, 8 rebounds and 10 assists. In his last four games before the break, he posted scoring totals of 36, 47, 32 and 32. His Cavs also knocked off Kobe’s Lakers (twice), Howard’s Magic (twice), Wade’s Heat (twice) and Joe Johnson’s Hawks (twice). It would take a monumental upset for LeBron James not win back-to-back MVP awards.