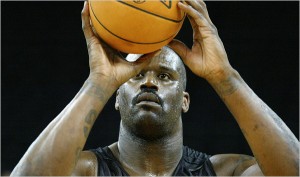 I’ve always believed that if LeBron James ever got another superstud to play alongside with, the Cleveland Cavaliers will be NBA champs. Since 2003, when the Cavaliers made James the face of their franchise, the Cavs are still searching for LeBron’s super sidekick.

Carlos Boozer would have been that superstud, but he didn’t stay long enough to see James grow into the most valuable player in the league. Drew Gooden was a nice replacement, but he’s not exactly the kind of low-post presence who commanded double teams. The Cavs gave Larry Hughes $70 million to be LeBron’s wingman, but he failed miserably and couldn’t stay upright long enough to make any kind of an impact. Mo Williams is the latest player to wear the “second-fiddle hat,” but he greatly disappointed Cleveland during the Eastern Conference finals against Orlando.

Cleveland and Phoenix recently finalized a deal that sent 15-time All-Star Shaquille O’Neal to the Cavs in exchange for the expiring contracts of Ben Wallace and Sasha Pavlovic, a second-round pick and cash. The O’Neal deal is a clear indication that GM Danny Ferry is doing everything in his power to please James and try to piece together a team he believes can compete for an NBA title.

Ferry feels that having O’Neal’s 7-1, 350-pound mass in the post can help diffuse some of the issues the Cavs had with Orlando center Dwight Howard, who was too quick for Zydrunas Ilgauskas and too big for Anderson Varejao. The Diesel can also take some pressure off James on offense. LeBron can take some possessions off and dump the ball in the post to Shaq, who is still an effective low-post scorer evidence by his 17-point average last season and his 60% shooting percentage.

The downside of the O’Neal deal is that the Diesel is down to his final gallon on his tank. He turns 38 in March when the postseason begins to heat up, he is injury-prone and his pick-and-roll defense has gotten worse and worse as he gets older. Shaq also will take up some of LeBron’s driving space in the painted area and he does not finish around the basket with the same ferocity.

Another potential problem that could surface is the Mike Brown-Shaq-LeBron power struggle. If LeBron is the king of Cleveland then Shaq won’t settle being the lead general of the troops, which means Brown’s voice will mean little in the Cavs’ huddle. Shaq is the stepson of a military father. He grew up in an environment where positions, titles and accomplishments are of great importance.

In L.A., Shaq trusted Phil Jackson because Jackson had the rings to earn that trust. In Miami, Shaq pushed Stan Van Gundy out of the way because he couldn’t see himself take orders from a guy who has never won an NBA title. As soon as Pat Riley took over the Heat, Shaq gathered the troops and followed Riles all the way to the Finals.

Ferry has done his part in delivering a big piece to Cleveland’s championship puzzle. Now, it is up to Coach Brown to make it work on the court.