The star power at Staples Center during Game 1 of the Western Conference finals was fantastic, as in Fantastic Four.

Hollywood favorite Jessica Alba, who played Sue Storm in the “Fantastic Four” series, sat courtside with her husband, Cash Warren, during the Lakers-Suns game Monday night. Both are regulars at NBA games, and Warren has very close ties with Clippers guard Baron Davis.

Other celebrities in attendance at Staples Center were Hilary Duff and her boyfriend Mike Comrie, who plays for the Edmonton Oilers; Sylvester Stallone and his daughter, Larry David and David Arquette, who got caught in the middle of a physical altercation between a fan and Staples security.

Arquette was reportedly knocked to the ground as he was trying to help diffuse the situation. Where’s Courteney Cox when you need her? 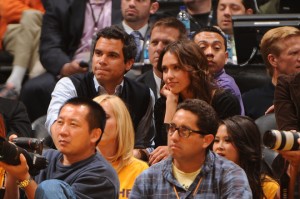 Cash Warren and Jessica Alba stand out in a crowd. (NBAE/GETTY IMAGES) 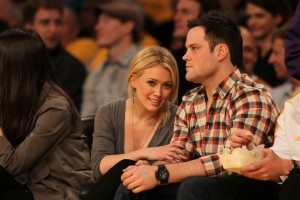 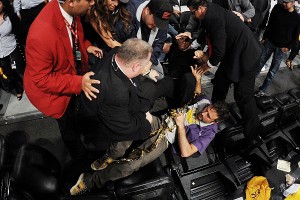