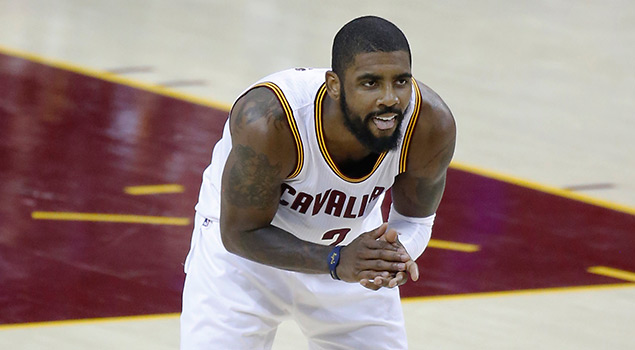 Kyrie Irving could be the missing piece to the Celtics’ championship puzzle. (AP)

Whenever you have blockbuster trades in the NBA, the best way to evaluate who won and who lost is by asking this question: which team got the best player?

When the Philadelphia 76ers traded Wilt Chamberlain to the L.A. Lakers in 1968 for Jerry Chambers, Archie Clark and Darrall Imhoff, who got the best player in the deal? Without a doubt, the Lakers. They got Wilt.

When the Lakers traded Shaquille O’Neal to the Miami Heat in 2004 for Caron, Butler, Lamar Odom, Brian Grant, and a first-round pick (which turned into Jordan Farmar), who got the best player in the deal? Easy. It was the Heat because they got Shaq.

When the Cavaliers sent Kyrie Irving to the Boston Celtics in August in exchange for Isaiah Thomas, Jae Crowder, Ante Zizic, Boston’s unprotected 2018 first-round pick, and (just to ease the minds of the Cavs about Thomas’ balky hip) a 2020 second-round draft pick, the Celtics got the better end of this blockbuster swap.

Boston could have kept sending more picks to the Cavaliers and it still wouldn’t tilt the trade. The Celtics were the clear winners because they got the best player in the deal in Kyrie. As much as we love Thomas’ scoring ability and fourth-quarter heroics and Crowder brings grit and toughness, the Cavaliers were still losing arguably the best one-on-one player in basketball who is just entering the prime years of his basketball career.

Kyrie, 25, is a true superstar. He is what Stephen A. Smith would call “box office.” He can bring people to the arena and pull in big TV ratings. And he’s got the game kids would love to emulate. He’s the best closer in the game. Period.

Thomas is fantastic player, without a doubt. But he greatly benefitted from Brad Stevens’ guard-friendly offense. Thomas was a 20-point scorer before he got to Boston. When he hooked up with Stevens, he became a 29-point scorer and an All-Star. The 28-year-old guard is also a liability on defense because of his 5-9 size (and that’s a generous listing).

The fear is that Thomas has already hit his peak as a player, while Irving’s arrow is still pointing upwards. And the hip injury is a major concern if you’re the Cavs. But even if Thomas is given a clean bill of health, he still can’t measure up to Kyrie. The Celtics know it. The Cavs know it. If Irving and Thomas were on par with each other, the Cavs would have been OK with a straight one-for-one swap. The fact that Boston had to add a role player and picks to sweeten the deal says it all.

Kyrie is already a proven 25-point scorer. With some tutelage from the brilliant mind of Stevens, Kyrie could turn into the most unstoppable scoring machine. Irving will now lead a Boston bunch that includes top free-agent acquisition Gordon Hayward, Al Horford and a pair of young guns in Jaylen Brown and Jayson Tatum. The road through the Eastern Conference playoffs still goes through Cleveland, but the Celtics have closed the gap and could make things very interesting in the conference finals.