“My idol, Lenny Wilkens, I wished we could have stayed tied forever. I would have been very happy just to stay tied with that guy,” an appreciative Nelson said on NBA TV.

Golden State players showered Nelson with water and soda during a postgame celebration in the locker room. Warriors forward Anthony Tolliver said they didn’t have champagne so they went for the next best thing: Sprite and Mountain Dew.

“He said the other night that he hadn’t had a championship yet, so that was like his championship. So we wanted to make it as special as possible,” Tolliver told NBA.com.

Despite not winning a NBA championship, Nelson should be recognized as one of the top coaches in the Association. He is a basketball innovator and his unconventional ways is what separates him from the rest of his peers. He introduced “small-ball” to the league and was responsible for the invention of the Hack-a-Shaq. And even though Nellie was a bit quirky, he had an amazing eye for talent.

“We’ve never had a championship team but we’ve built good teams. They were solid and we won a lot of games,” said Nelson, one of two coaches with more than 1,000 victories without an NBA title.

“All the players who played for me and all my assistant coaches, they all had something to do with achieving this goal. I give my thanks to them,” Nelson said. “Four different times in my career I inherited a team that won 20 games, so it’s your job to get that team to win. You started at the bottom and you move that team along and eventually, if you’re lucky, you get a chance to build that team and you start winning 40, 50 and sometimes 60 games.

“It’s very difficult to win games in the NBA. I don’t care who you are. There are lot of great players and a lot of great coaches in this league.” 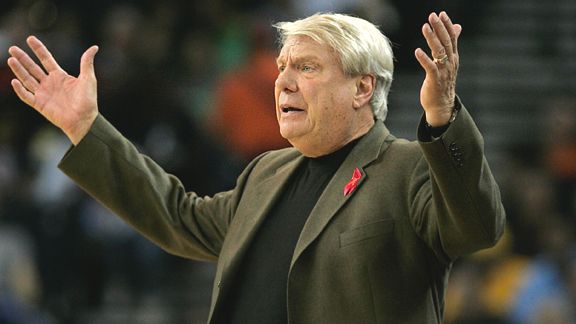 Nelson’s Milwaukee teams in the 1980s won 50 games or more seven times in 11 seasons, led by Marques Johnson, Bob Lanier, Sidney Moncrief, Ricky Pierce and Paul Pressey. It was in Milwaukee where Nelson came up with the unique concept of the point-forward, and Pressey was his prize pupil.

Nellie popularized “small-ball” in Golden State during the late 1980s and early ’90s, putting together a terrific trio in Tim Hardaway and Mitch Richmond and Chris Mullin – aka Run TMC.

“I could never figure out why 7-footers couldn’t dribble and why 5-foot-10 guards couldn’t post up. I never saw a reason for that. So I gave everyone the benefit of the doubt. You don’t have to be a traditional player,” Nelson explained the origin of small-ball. “As a coach, you always want your best players on the court as much as you possibly can and when those guys are small, guess what, you better play small-ball or you’re gonna lose a lot of games. That’s been kind of my philosophy.”

When he got to Dallas in 1997, he rebuilt the Mavericks into a playoff team in four seasons by trading for a then unproven point guard in Steve Nash and acquired an 18-year-old prospect from Germany named Dirk Nowitzki in 1998.

Nowitzki is just one of many gems Nelson has scooped up over the years. Hardaway was the 14th overall selection in 1989 out of UTEP and he turned out pretty good. Latrell Sprewell was a relative unknown out of Alabama, but Nellie saw something in the 6-5 guard and selected him with the 24th pick in 1992.

In 2005, Nelson took a chance on a high school guard named Monta Ellis, using a second-round pick on him (40th overall). Five years later, Ellis is considered one of the best lead guards in the league.

Last June, six teams passed on Stephen Curry. Nellie nabbed the former Davidson sharp-shooter and the son of former NBA player Dell Curry with the seventh pick. Stephen Curry is well on his way to being named to the 2010 All-Rookie team.

Like him or not, Don Nelson has his fingerprints all over the NBA and his contributions to the game far outweigh all the clownish things he has been associated with.