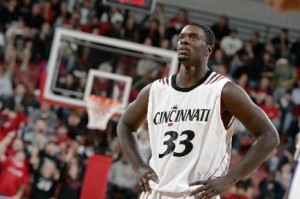 Lance Stephenson played well for the Indiana Pacers in the Orlando Summer League.

Occasionally, NBA general managers and professional scouts get it wrong and allow a first-round talent to slip into the second round. Monta Ellis, Manu Ginobili, Carlos Boozer, Dennis Rodman, Michael Redd and Gilbert Arenas were all taken in the second round the year they were drafted into the Association and they’ve all had decent pro careers.

— Derrick Caracter, forward (6-8, 260), L.A. Lakers (58th pick): Caracter has been more impressive than Devin Ebanks, who was taken 15 spots before him. Caracter averaged 15.4 points on 59.2% shooting and 8.6 rebounds in five summer league games. The Lakers have been impressed with the way the forward from UTEP has handled himself in ballgames and during practices. When matched up against DeMarcus Cousins (No. 5 overall pick, Kings), Caracter held his own and played hard every minute he was on the court. Caracter is very smart and doesn’t mind physical contact. He’s comfortable scoring around the basket and has a nice short jump hook to go with his face-up game. The Lakers run a very complex triangle offense, so you have to possess a high basketball IQ to wear the purple and gold. Caracter fits that mold and it would be a stunner if he’s not on their opening day roster. (Caracter video courtesy of NBA.com)

— Hassan Whiteside, center (6-11, 225), Sacramento Kings (33rd pick): All the pre-draft reports said that Whiteside was a project and needed to get physically stronger if he’s going to make an impact in the NBA. But, while playing on the Kings’ summer league team in Las Vegas – a team that boasted Omri Casspi and DeMarcus Cousins – Whiteside was able to hold his own and wasn’t overmatched against bigger and stronger competition. Sure, he needs to add a few more pounds to his frame, but you could see why Kings general manager Geoff Petrie liked him so much on draft night. He’s long and he could potentially be an excellent shot-blocker.

— Lance Stephenson, guard (6-5, 200), Indiana Pacers (40th pick): Played point guard for the Pacers in the Orlando Summer League and displayed very good ball-handling skills and a nice burst to the basket. At times he still dribbled too much and stalled the offense, but when he kept the ball moving he was able to find open teammates for easy baskets. Stephenson was a highly regarded prospect coming out of Lincoln High School in Brooklyn, N.Y., the same school that produced Stephon Marbury and Sebastian Telfair. But his stock went down after a subpar season at the University of Cincinnati. Some scouts went as far as saying he may have peaked in high school. Stephenson redeemed himself with strong workouts at the pre-draft combine, and he could inject some much-needed attitude and flair to an otherwise very bland Pacers franchise.

— Gani Lawal, forward (6-9, 229), Phoenix Suns (46th pick): Georgia Tech Derrick Favors garnered much of the attention leading up to the draft and on draft night, but Lawal is the one who has adjusted to the NBA pace better than Favors. Lawal brings a physical presence for a Suns team that just lost All-Star forward/center Amare Stoudemire to the New York Knicks. Although Lawal will never be a 20-point scorer in the NBA, he can add a lot of toughness to an otherwise soft frontcourt in Phoenix.

— Luke Harangody, forward (6-7, 240), Boston Celtics (52nd pick): Showed a very dependable 3-point shot during the Orlando Summer League. He’s a shorter version of Brian Scalabrine, but a much better rebounder. Harangody is kind of a tweener, too slow to play small forward and too short to be a full-time power forward. But what he lacks in size and quickness, Harangody makes up for it with his hustle and skill. At 240 pounds, Harangody adds plenty of beef to an already beefy frontcourt in Boston with Kendrick Perkins and Glen “Big Baby” Davis.