The NBA draft is one big roll of the dice, and there is nothing scientific about it. Of course, there are those times when the picks are “no-brainers,” such as the years when Magic Johnson, Patrick Ewing, Shaquille O’Neal, David Robinson, Tim Duncan and LeBron James were available with the No. 1 overall choice.  You really have to be asleep at the wheel to muck it up.

But in general, teams that take chances can reap major benefits. For example, In 1999, the San Antonio Spurs used their second-round pick to select Manu Ginobili and the Spurs added three more championship rings because of it. In 2002 the Phoenix Suns ignored some of the negative reports about Amare Stoudemire and selected him ninth overall. In 2005, the Golden State Warriors took a chance in the second round on a diamond in the rough from Jackson, Miss., a high-school star named Monta Ellis, and he turned into a real gem.

The 2011 NBA draft may not have a LeBron or Shaq, but it certainly has its share of difference-makers who flew under the radar and somehow went unnoticed. And, in the right system, they have an opportunity to flourish and become a breakout star.

OneManFastBreak.net lists five little-known prospects teams can’t sleep on and worth taking in the 2011 draft:

Kenneth Faried (forward, 6-7, 225, Morehead State): A high-energy, high-motor player who doesn’t mind doing the dirty work. Faried averaged 14 rebounds per game his senior year at Morehead State, and he showed his incredible motor and relentless pursuit of every rebound in a first-round upset win over Louisville in the 2011 NCAA Tournament. His performance against Louisville drew high praise from Charles Barkley, who said anyone who rebounds like that can play in the NBA. The one major knock on Faried is his height (only 6-7), and some teams are not willing to take a 6-7 power forward in the first round. However, like Barkley said, anyone who attacks the boards like Faried has a place in the NBA. Dennis Rodman was a 6-8 power forward, and he was never overmatched in the blocks. Any team that takes Faried will get a player who can contribute right away. 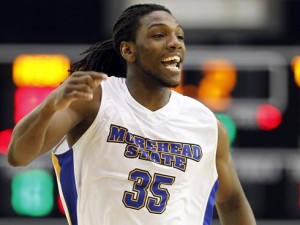 Marshon Brooks (guard, 6-5, 195, Providence): During his senior year at Providence, Brooks averaged 24 points per game and showed an array of moves similar to his idol Kobe Bryant. Though Brooks has a ways to go before he reaches Kobe’s level as a scorer, he has shown flashes of Kobe-ness. He can shoot the 3-ball from NBA range, has a very good mid-range game and is capable of getting to the rim, using his quickness and length. He had a 52-point game against Notre Dame and a 43-point outing against Georgetown. Scouts say his numbers are a bit inflated because he shot the ball average of 18 times per game (very Kobe-ish), but that shouldn’t stop teams from selecting Brooks, who has the potential to be a very, very good NBA player. Brooks is not classified as a great defender, but his length and athleticism makes him a strong candidate to be a lock-down one-on-one defender.

Norris Cole (Guard, 6-1, 174, Cleveland State): Cole’s name is rising on many draft boards after his impressive pre-draft workouts. He is a superb playmaker who possesses very good quickness and a strong ability to run an offense from the point position. Cole understands how to control the temp of a game, plays with poise (which explains his solid assists-to-turnover ratio) and is an aggressive defender (averaged two steals per game) – three qualities love in a point guard. Former NBA point guard Greg Anthony says one way to evaluate prospects is how they can defend their position, and Cole definitely can hold his own against the majority of point guards playing in the pros. The one knock on Cole is his thin frame, but that can be remedied by hitting the weight room and natural maturation. 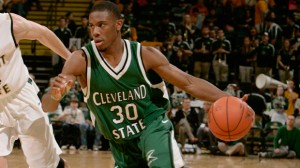 Tyler Honeycutt (Forward, 6-8, 187, UCLA): A lot of basketball experts felt Honeycutt would have benefited from another season in college, and that may be true. However, just because Honeycutt jumped too soon to the NBA shouldn’t stop teams from taking a hard look at him. The same scouts said the same thing about Trevor Ariza and he has turned into a decent NBA starter at small forward, Honeycutt comes from the Ben Howland system that has produced Ariza, Jordan Farmar, Arron Afflalo, Ryan Hollins, Luc Richard M’bah a Moute, Darren Collison, Russell Westbrook, Kevin Love and Jrue Holiday. This alone should be enough to consider Honeycutt, who is a versatile forward who can handle the ball, shoot the three and knows how to move without the ball. Honeycutt has a high basketball IQ, and plays his best against good competition. Has a very similar game to another rail-thin Southern California native, Tayshaun Prince, who has had a very good NBA career.

Jeremy Tyler (Center/Power Forward, 6-10, 262, Tokyo Apache, Japan League): A year ago, it seemed like Tyler’s career was in limbo. His pro debut in Israel was considered a disaster, forcing him to rehabilitate his image and career in Japan while playing for the Tokyo Apache. Tyler’s strange basketball odyssey may not be completely his fault because he skipped his senior year in high school to play professionally in Israel. He obviously wasn’t ready to compete against grown men, and needed to mature a bit. ESPN analyst Fran Fraschilla said Tyler seems to have “figured it out” and has started to show some maturity. Tyler is very intriguing prospect. He has tremendous size and could turn out to be a good NBA center. He has a 7-5 wingspan and has big hands, which enables him to catch the ball in heavy traffic. At the draft combine in Chicago, Tyler gave the other center prospects fits because he could his ground in the low post and his length made it tough to shoot over him. Although he is still very raw, Tyler has shown he can play with his back to the basket and has a soft touch around the rim.