LeBron James returned from missing a game with the flu and scored 22 points in 19 minutes in a 105-98 preseason loss to the San Antonio Spurs on Friday night.

James, who said before the game his flu recovery was going well, was 7 of 14 from the field and had six rebounds. He’s still expected to sit out Saturday’s game against Dallas. 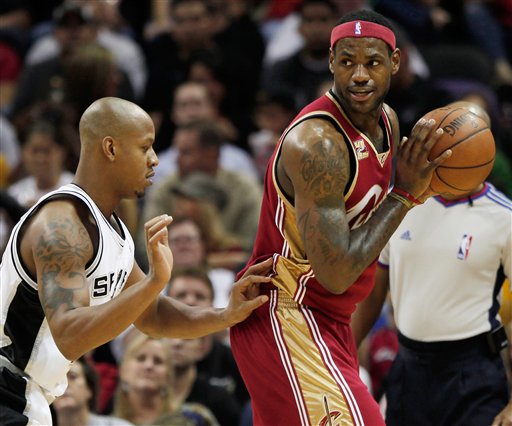 Along with James, Darnell Jackson and Coby Karl of the Cavaliers also tested positive for Influenza A. Six Cleveland players have had flu-like symptoms this week. Karl and Jackson returned with James, and Cleveland coach Mike Brown said everyone was on the upswing.

James stayed home Wednesday when the Cavs lost to Washington. He had spent two days in bed battling the bug but arrived in Texas looking refreshed.

James has said he believes he may have gotten the flu from the shot he and his teammates got recently to fight the virus. The Cavs treated James, Jackson and Karl as if they had the H1N1 virus but have only tested positive for Influenza A. The team has not gotten the results to see whether they had H1N1.

Jackson scored four points in 23 minutes and Karl went 1 for 7 from the field, finishing with two points.