Kobe Bryant – aka the Black Mamba – recently brought down the Raptors with one killer shot with 1.9 seconds left in the game to push the Lakers to a 109-107 victory, ending their three-game slide.

It was Bryant’s sixth notable game-winning, late-game shot that allowed his team to escape with a victory, and three of them were buzzer-beaters.

Now, I can’t recall anyone in recent memory to have six late-game heroics like what Kobe has put together this season. Jerry West? Magic Johnson? Larry Bird? Kareem Abdul-Jabbar? Reggie Miller? John Havlicek? They’ve all made their share of big shots during their careers but I’m almost certain none of them had six GWs in one season. Not even the great Michael Jordan had this kind of a run – I think.

Statistics for game-winning shots were not kept until 1998, so it is hard to measure Bryant’s late heroics with all-time greats from the past. According to the Elias Sports Bureau, Bryant has 20 game-winners since 2000, easily the most in the NBA. Is Kobe the best clutch player today? Absolutely! It’s not even close. But, is he the greatest clutch shooter ever? Maybe. Jordan is widely considered as the No. 1 option to have the ball when the game is on the line. However, Bryant deserves to be in the same conversation. 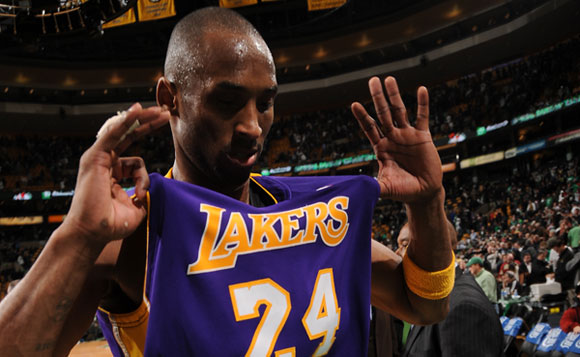