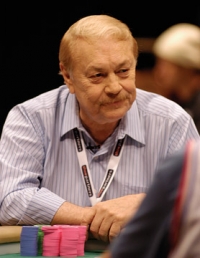 Jerry Buss would like to re-sign Lamar Odom, but the Lakers owner is not willing to go all in to bring him back.

All the cards are on the table and it is now up to Dr. Jerry Buss to reveal his hand. Re-sign Lamar Odom or let him go to another team without compensation? That’s the million-dollar quandary facing the longtime owner of the Los Angeles Lakers.

Buss, a known poker player who is fearless when it comes to betting the future of the franchise, is playing a high-stakes game of “deal” or “no deal” with Odom and his agent Jeff Schwartz. Buss reasoned that he yanked the team’s previous offer – reportedly worth $27 to $30 million for three years – off the table was because he felt Odom and Schwartz were “too slow to respond” to what he thought was a fair contract. Odom and Schwartz originally asked for $50 million for five years, but that asking price is just too rich in today’s poor economy.

The Miami Heat are now actively pursuing Odom, and Yahoo! Sports reported that the free-agent forward is “leaning towards” the Heat unless the Lakers increase their offer.

This is familiar territory with Buss. On the heels of the Lakers getting swept by Detroit in the 2004 NBA Finals, he faced a similar dilemma when Shaquille O’Neal asked for an extension. Buss didn’t think O’Neal was worth the hassle so he placed all his chips on Kobe Bryant and traded O’Neal to Miami, banking on the fact that the three-time Finals MVP was on his last legs and does not have the power to lift a team to a championship.

His gamble backfired as O’Neal won a championship with the Heat in 2006 and the Lakers had to deal with all the scrutiny and all the questions as to why O’Neal won a ring with another team. But Buss stood by his decision and basically stayed the course, even when his beloved franchise dropped to the second tier.

Then, in 2008, Buss found luck – or luck found him, depending on how you look at it – as the Lakers found a sucker in Memphis. The Grizzlies were looking to dump salary and gift-wrapped forward-center Pau Gasol to the Lakers for center Kwame Brown and guard Javaris Crittenton.

With Gasol playing Robin to Kobe’s Batman, the Lakers vaulted back to the top and captured the NBA title this past June. It was the franchise’s 15th championship and the team’s ninth trophy with Buss at the helm. 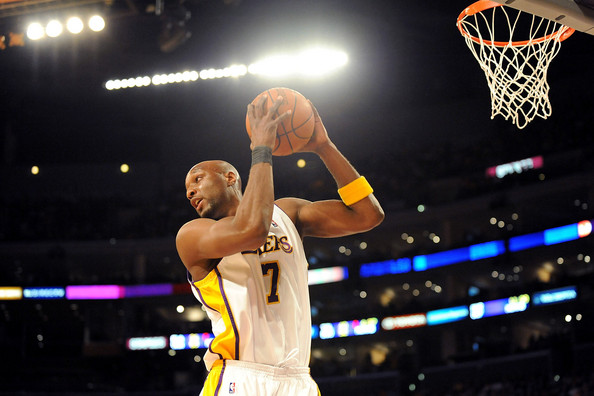 The Lakers are optimistic that forward Lamar Odom will re-sign with the team.

Buss would love to bring Odom back, but he’s not willing to bet all his chips to make it happen. Remember, Bryant has his max deal, Bynum is on the books for $58 million and Gasol should also get an extension soon, so Buss is unwilling to go over the salary cap threshold and get hit by a steep luxury tax. Odom, who turns 30 in November, has made it known that returning to L.A. is his preference, but he’s also looking out for his financial future.

It’s the summer of 2004 revisited, a time when Lakers were still considered the dominant team in the league and re-signing O’Neal to pair with Bryant would have made L.A. title worthy. But Buss simply refused to put up with O’Neal’s and Bryant’s verbal sparring, and the old-school owner said “enough is enough” and sided with Bryant and sent O’Neal packing.

Odom played one season in Miami and wouldn’t mind returning to South Beach to play alongside All-Star guard Dwyane Wade, a player close to Kobe’s skill level. Odom’s best season as a pro came in 2003-04 as a member of the Heat. Miami President Pat Riley likes what the versatile 6-10 forward brings to the table and so does Wade.

How serious is the Heat in acquiring Odom? Very. So serious that Wade is currently in Los Angeles to convince his former teammate to ditch the world champion Lakers, come back home to Miami and turn the Heat back into an Eastern Conference powerhouse.

Wade wrote on his Twitter page on Sunday: “I’m in LA to bring odom bac to miami with me lol lol lol. LA fans dnt get mad at me..”

So why is it taking so long for Odom to strike a deal with the Heat? Quite simply, he doesn’t want to leave L.A.

And besides, Odom going to Miami won’t necessarily guarantee the Heat an NBA title or even a trip the conference finals. The Heat has a logjam at the forward position and the team would have to trade either second-year player Michael Beasley or co-captain Udonis Haslem to make room for Odom.

But if Odom re-signs with L.A., the Lakers should be the heavy favorites to repeat as champs. Odom is insurance policy in case Andrew Bynum goes down again – which he has done the past two seasons. He complements Gasol extremely well because he doesn’t need to camp in the low block. Odom may not be a franchise player or even a secondary option but, as the third or fourth option, he is an absolute dynamite player.

Once cooler heads prevail – mainly Buss’ head – Odom and the Lakers will likely agree on a four-year deal around $36 million. For now, Buss will keep everyone guessing on his next move.