The 2010-11 NBA season is under way and the league’s elite players and powerhouse teams are monopolizing the headlines. Also, point guards are off to fast starts: Rajon Rondo established a new mark in most assists through the first five games, and Derrick Rose at one point was leading the league in scoring, Chris Paul has put the New Orleans Hornets back in contention (for now) and rookie John Wall is the real deal.

Some observations through the first two weeks of the season:

— Celtics point guard Rajon Rondo has 82 assists through five games and leads the league with a mind-boggling 16.4 average. He also recorded a triple-double on Oct. 29 against the Knicks: 10 points, 10 rebounds and 24 assists. He followed that up with 17 assists against the Pistons and 15 against the Bucks. 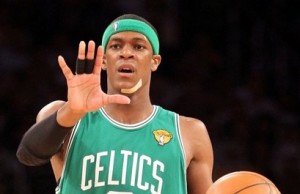 — Chris Paul reminded basketball fans that he is healthy and ready to reclaim his crown as the best PG in the Association. The Hornets All-Star guard led his team to a perfect 5-0 mark and averaged 21.2 points and nine assists. If this is going to be his final year in New Orleans, CP3 is certainly going out in style.

— The league appears to be armed with outstanding point guards and should be for years to come. Just check out these young studs: CP3, Deron Williams, Rondo, D-Rose, Russell Westbrook, Brandon Jennings, Steph Curry and John Wall.

— Speaking of John Wall, the rookie race will come down to the Wizards’ guard and the Clippers’ Blake Griffin. The lightning-quick Wall has taken a slight edge over the power forward Griffin with outstanding performances against the Hawks (28 points and nine assists) and the Sixers (29 points, 13 assists and nine steals).

— What knee injury? Kobe Bryant posted a triple-double, including 12 assists, against the Sacramento Kings on the tail end of a back-to-back set for the defending world champs. The Lakers are already in midseason form, sitting at 5-0 and leading the Western Conference. Pau Gasol was named Western Conference Player of the Week and Lamar Odom has picked up where he left off since the FIBA World Championships in August.

— After an embarrassing loss to the Celtics on opening night, the Three Kings of Miami seem to have found their form and have rattled off four impressive victories. LeBron James and Dwyane Wade have taken turns in leading the new-look Heat in scoring, and the defense has been stifling. Once Chris Bosh figures out where he can pick up his points, the Heat will be scary good.

— As good as the Heat has been, the top spot in the Eastern Conference belongs to the Atlanta Hawks. First-year head coach Larry Drew has tweaked the offense to highlight the team’s speed and quickness rather than run those low-percentage isolation plays during the Mike Woodson era. Josh Smith has 20 blocks in five games.