Mikhail Prokhorov, Russia’s richest man, is on the verge of becoming the first European majority owner in the NBA as he recently put a bid to buy 80% of the New Jersey Nets, according to published reports.

Prokhorov, 43, said he will also fund nearly half of a project to build a new arena in Brooklyn. The NBA board of governors still has to approve the deal but NBA commissioner David Stern he is very much in favor of the historic transaction, a sign that the NBA is serious about building a worldwide identity. 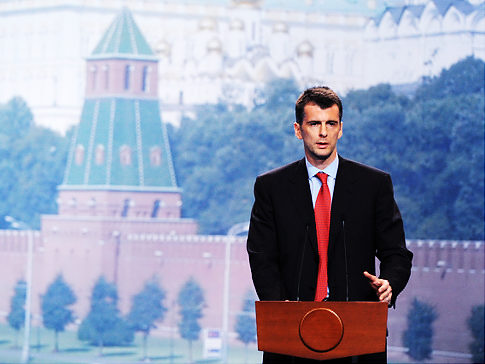 Stern explained that the deal will help the NBA expand its reach and would ensure that the Nets will have a state-of-the-art arena.

“We are looking forward to the Nets’ move to a state-of-the-art facility in Brooklyn, with its rich sports heritage,” Stern said in a press release. “Interest in basketball and the NBA is growing rapidly on a global basis and we are especially encouraged by Mr. Prokhorov’s commitment to the Nets and the opportunity it presents to continue the growth of basketball in Russia.”

The proposed blockbuster deal, worth $200 million, would give Nets principal owner Bruce Ratner the needed cash to move forward with the centerpiece of his Atlantic Yards development, which includes plans for retail and residential projects.

It would make Prokhorov, a Russian billionaire and former amateur basketball player, the NBA’s first non-North American owner. He has a net worth of $9.5 billion.