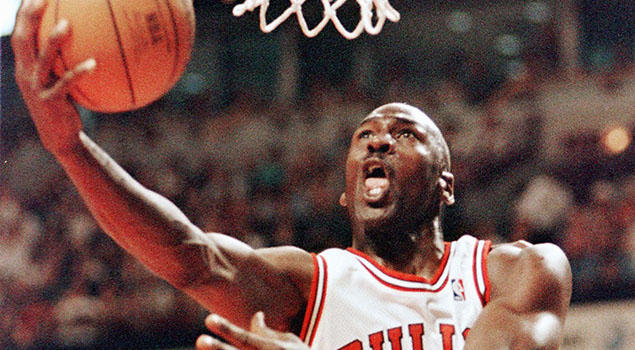 The last time Michael Jordan competed in an NBA arena George W. Bush was president of the United States, Arnold Schwarzenegger was the governor of California, cost of gas was $1.83 per gallon, and a young Harvard University student named Mark Zuckerberg launched a website called Facemash.

When ESPN aired the first episodes of the 10-part docuseries “The Last Dance” chronicling the final championship run of the Chicago Bulls dynasty during the 1990s with rare interviews and never-before-seen footage, it not only shattered cable sports ratings records but it gave a new generation of sports fans a glimpse into the personal story of the athlete regarded by many as the greatest basketball player on the planet.

The premiere of “Last Dance” averaged 6.3 million viewers, making it the highest-rated ESPN documentary and doubling the viewership of the next-best ESPN film. The previous high was 3.6 million viewers for “You Don’t Know Bo” in 2012. The Jordan docuseries is generating plenty of buzz to the point where odds have been released for an Emmy Award. See below (odds from SBD).

ESPN had originally scheduled “Last Dance” to air in June, coinciding with the end of the NBA season. But the film series got moved up when the novel coronavirus pandemic shut down all sporting events in the U.S. and quarantined millions of people in their homes. It was a genius move because America and the rest of the world were starving for fresh sports content.

“Last Dance” couldn’t have come at a better time. It filled the void left by the absence of basketball while we shelter in place to prevent the spread of the coronavirus. The success of the docuseries also proved that Jordan, now in his 50s, is still very much relevant today. When he talks, people listen. And he didn’t hold anything back in “Last Dance.”

“My mentality was to win at any cost,” Jordan said in one of the episodes.

The Jordan film gave many young people who didn’t get to see MJ in his prime a small window into his personal story. It explained how Jordan went from Mike Jordan to Michael Jordan while at the University of North Carolina. It revealed how he developed a fierce competitive edge, the drive and determination that pushed him to greatness. Before MJ arrived in Chicago, it was a moribund franchise carrying an unsavory tag of “traveling cocaine circus.”

The docuseries also showed Jordan at his lowest point. Most of us remember the MVPs, the Larry O’Brien trophies, the victory cigars and the championship parades. But it took Jordan seven years before winning his first championship ring. Larry Bird’s Boston Celtics eliminated Jordan and the Bulls twice. Isiah Thomas and the Detroit Pistons “Bad Boys” tormented Jordan in the postseason for three years. Detroit brutally knocked out Chicago in 1988, 1989 and 1990 before the Bulls finally broke through in 1991 with one memorable sweep.

Even after retirement, Jordan’s legendary status has grown leaps and bounds over the years. His immense shadow is so huge we don’t even blink whenever the G.O.A.T. conversation comes up. The greatest of all time debate starts and ends with Michael Jordan. It’s hard to make a case for anyone else. And it’s hardly a debate when it comes to the shoe game. As Spike Lee’s Mars Blackman would say, “Money, it’s gotta be the shoes.” Former sports marketing executive Sonny Vaccaro had the vision to make Jordan the face of Nike, and CEO Phil Knight helped make it a reality. Nike’s original plan was to promote multiple athletes, but Vaccaro insisted Jordan should be the lone face of the campaign and urged Nike to go all-in on him. The rest was history. 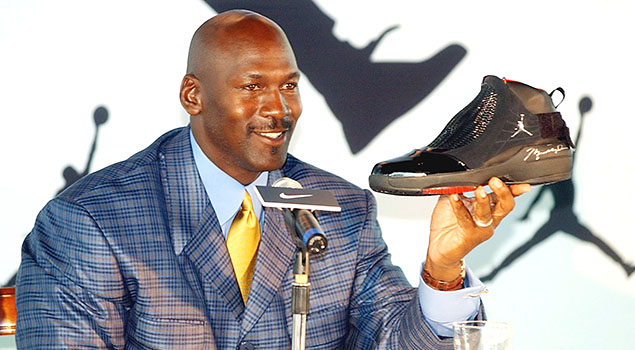 Nike’s Air Jordan brand remains one of the most popular sneakers in the world. You basically need to venture into the black market to find a pair of Jordan 1s, Jordan 6s and Jordan 11s.

On the court, Jordan was an assassin. He brought a 24/7 killer mentality that made opponents quit and drove teammates insane. That competitive fire pushed him to six NBA championships in eight seasons — three-peating twice. Only Bill Russell’s Boston Celtics teams and the Shaq-Kobe L.A. Lakers were the other other teams to pull off the rare feat. Jordan never lost in the NBA Finals. He won six Finals MVPs. He kept Hall of Famers Charles Barkley, Patrick Ewing, John Stockton and Karl Malone from winning even one title. Jordan was so beloved referees would blow their whistles when you get too close to him, and they would look the other way when Jordan used his off hand to push off while going for a shot. Yes, Jordan shoved Bryon Russell to the ground when he drained his iconic shot in the 1998 NBA Finals. But who cares, right? He’s Air Jordan. He’s a hero to a lot of people, and heroes always win at the end of the movie.

Perhaps Jordan’s greatest contribution to the game of basketball was the impact he had on the next generation of ballers. He spawned several mini-Mikes. He created the template for guys like Kobe Bryant, LeBron James, Allen Iverson, and Dwyane Wade. Kobe mimicked everything Jordan did, even the way he walked and talked. Chicago native Wade grew up in the shadows of the United Center. Iverson admitted he wanted to “be like Mike” during his Hall of Fame speech.

LeBron often refers to Jordan as Black Jesus. He considers him the gold standard in the sport and isn’t shy about calling him his “idol.” LeBron has been chasing Jordan’s ghost for years. King James has won three NBA championships in his career and would love nothing more than to at least match MJ’s ring collection. It’s almost impossible to surpass or even match Jordan’s greatness, but LeBron is willing to try. “I wear the number (23) because of Mike,” LeBron said. “I think I fell in love with the game because of Mike, just seeing what he was able to accomplish. But I felt like Mike was so — you know, when you’re growing up and you’re seeing Michael Jordan, it’s almost like a god.”