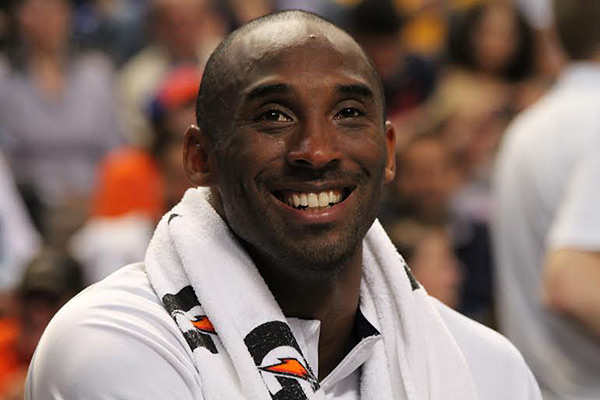 We’re a couple of weeks into the NBA season, and some fascinating storylines are already developing. Here are my picks for the top-10 developments and observations on the 2014-15 season so far.

Andrew Wiggins. Jabari Parker. Julius Randle. Marcus Smart. This was supposed to be the rookie class that made an instant impact and asserted itself as one of the best groups of all time. It’s still very early, but so far they look like, well, rookies. Randle unfortunately suffered a broken leg in his very first game, but the rest of the rookie class has been a little underwhelming. Parker still looks to be the favorite to round into form and win Rookie of the Year, but no one is a surefire future all-star just yet. Give them time.

Don’t look now, but the Heat are pretty good without LeBron James. Endurance could be an issue, as two of their key players, Dwyane Wade and Luol Deng, are both injury prone and getting older. However, Miami has looked like a top-four seed in the East so far. Bosh has been spectacular, and Wade looks so rejuvenated that the Miami Herald even suggested that he’s all-around happier this season. We’ll see if it continues, but for now the Heat are overlooked and underrated.

Yes, he just set the all-time NBA mark for missed field goals, but there are some great players on that list. Great players shoot a lot. Meanwhile, a Kobe Bryant that many had written off as overpaid, selfish, injured, old, broken, etc. is playing like the Black Mamba of old. And through a few weeks, he’s leading the league in points per game.

The Anthony Davis hype train was at full steam all summer, and Davis is backing it up. Per ESPN statistics, Davis may actually be the best player in the league thus far this season. John Hollinger’s PER rankings — viewed by some as the best composite ranking of a player’s value and accomplishment — show Davis leading the NBA with a 35.79 PER. For reference, LeBron has never finished a season with a PER over 33.

Rajon Rondo’s comeback has been somewhat quiet, probably because his Boston Celtics just aren’t competitive. However, he is leading the league in assists, and his strong form is giving Celtics GM Danny Ainge options. Had Rondo come back and not been himself, the Celtics would have lost their most valuable trade asset and best player. Now, Ainge gets to make the decision everyone’s been waiting for: build around Rondo or trade him for a pile of assets.

6. We can’t predict the West

Here’s the thing about the West: the teams are so loaded with talent that the smallest changes can allow teams to seize opportunity—and big changes can shift the landscape dramatically. Because of the Spurs’ slow start, the Thunder’s injuries, and the Clippers’ inexplicable sluggishness, teams like the Kings and Suns appear to be playoff contenders, and the Grizzlies are leading the way as the most reliable team in the conference. Go figure.

This is something we all knew deep down but wanted to overlook. It just seemed logical to crown the Cavaliers favorites. The Betfair preseason assessment did as much, giving Cleveland the top odds over the defending champion Spurs to win the Finals. But in doing so, they expressed caution. Analyst Nick Shiambouros noted that it would take time for the Cavs to get on the same page, and that more experienced teams might offer better value. Maybe we should have listened, because while Cleveland has shown dominant stretches of offense, they’re far from a polished product.

8. Philadelphia has more assets than we thought

Nerlens Noel has looked promising for Philly, but Tony Wroten has been a revelation. Wroten has always been a strong player, but these first few weeks starting for the Sixers while Michael Carter-Williams recovers from injury represent his biggest showcase yet. And he’s aced it. Wroten can and should be a starting point guard in the NBA, even earning a glowing write-up from Grantland that called him a “frenzied bundle of chaos” (in a good way) and a “raging dynamo.” He may also be turning Carter-Williams into a trade chip.

James Harden is the popular choice for best shooting guard, which is a weak position in the league these days. Kobe Bryant’s resurgence is noteworthy, as is Wade’s, but Thompson is young, rapidly improving, and (unlike Harden) a great defender. He looks like he’s taking over the position.

Big men are making a bit of a comeback. Nikola Vucevic in Orlando suddenly looks like one of the best young players in the league; Jonas Valanciunas continues to improve in Toronto; Derrick Favors is finally living up to potential in Utah; Anthony Davis might be the MVP. And that’s just a few. It’s the year of the bigs, so far.