The stage was set for one incredible shot. One shot to make history. One shot to win college basketball’s national championship.

Butler had a chance to bring to life the unforgettable scene from the movie “Hoosiers” in which Jimmy Chitwood swishes a shot at the buzzer to give Hickory the Indiana high school state title.

Butler’s sophomore forward Gordon Hayward played the role of Jimmy Chitwood and he had two takes to complete the greatest upset in college basketball tournament history.

The first shot came with 13 seconds when Hayward drove the lane and shot a fadeaway near the baseline over Duke’s 7-foot center Brian Zoubek. The shot banged off the rim into Zoubek’s arms.

The second shot came with 3 seconds left after Zoubek intentionally missed his second free throw. Down 61-59, Hayward grabbed the missed free throw, dribbled to midcourt and launched a desperation shot that would have won the game. The shot banged off the backboard and bounced off the front of the rim. 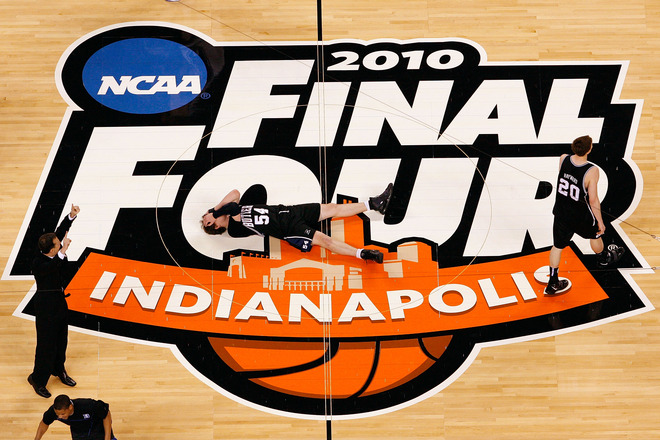 Duke players and coaches began to celebrate the school’s fourth national championship while the Butler players realized that their title hopes were dashed and Hayward was left reliving his two missed opportunities.

It could have been a storybook ending to a storybook tournament for the Bulldogs, a mid-major school from Indiana located six miles from the site of the 2010 Final Four in Indianapolis. Butler winning the national championship would have been a bigger upset than N.C. State defeating Houston in 1983 or Villanova slaying Georgetown in 1985.

However, it wasn’t meant to be.

“We were one shot away from winning the national championship,” said Butler coach Brad Stevens, whose team had won 25 games in row prior to Monday’s title game.

“We caught lightning in a bottle and rode it as far as we could,” Stevens added. “I’m proud of our guys. We just came one possession short.” 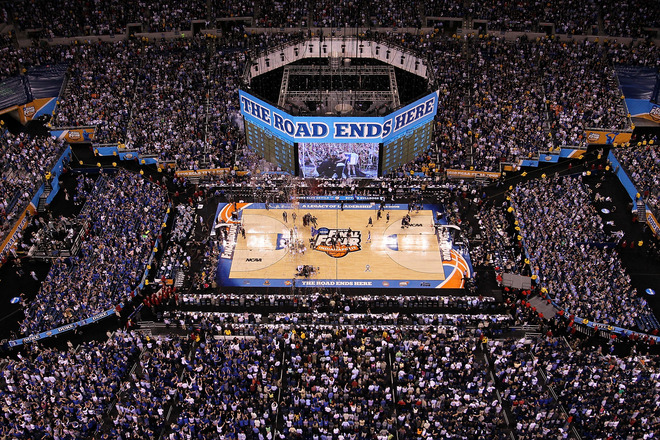 In the end, the bigger and stronger Blue Devils wore down the underdog Bulldogs. Jon Scheyer and Kyle Singler, who was named the tournament’s most outstanding player, made enough big shots to carry the Blue Devils on offense. On the other hand, Butler’s two best scorers, Shelvin Mack and Hayward, struggled offensively and the Bulldogs’ defense was just not enough to overcome Duke’s talent and depth.

It was fitting that the huge sign above the court at Lucas Oil Stadium read: “The Road Ends Here.” For Butler, the ending wasn’t what they hoped for.