Even though there is no clear-cut No. 1 overall choice in this year’s NBA draft pool there are still plenty of potential in this year’s crop who could turn out to be NBA gems. Teams who do their homework and look past deficiencies will be rewarded handsomely. Of course there will always be draft busts, but rest assured these 12 players won’t be one of them. The Cleveland Cavaliers are officially on the clock.

OneManFastBreak.net ranks the 12 best pro prospects in the 2013 NBA draft:

Scouting report: Zeller is a skilled big man who runs well for his size. He scores a lot of points in transition by simply beating his man down the court. He has gotten better with his post-up game and has shown a much-improved jumper, but his face-up shot still needs a lot of work. Because of his ability to put the ball on the deck, he’s more of a power forward than a center. He tested extremely well during the NBA draft combine in Chicago, ranking first in all the agility drills among the big men. He tends to struggle against long and athletic forwards. One way to combat that is to bulk up so he can bull his way to the rim. He should be a solid pro and, if he builds more strength. His biggest weakness is he can get overpowered inside by bigger defenders. NBA comparison: David Lee

Scouting report: One NBA assistant general manager says Oladipo can defend multiple positions. He has improved every season in college, and has a great work ethic. The Dwyane Wade comparisons is a bit of a reach, but Oladipo is a fearless competitor with a great motor much like Wade was coming into the league. He should excel at the next level because of his defensive prowess and plays hard all the time. He may not possess great shooting range, but he knows how to attack the basket and has great body control. He should enjoy a long pro career. NBA comparison: Dwyane Wade 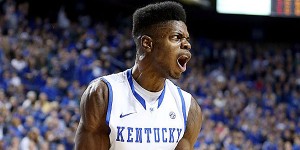 Scouting report: Noel is a superb shot blocker, and it’s a special skill that could land him as the No. 1 pick in the draft. However, Noel is also very limited offensively and it could take a few years for him to develop offensively. What NBA execs love about Noel, aside from his shot blocking abilities, is his great motor. He runs the floor well and doesn’t give up on a play. The reason why he injured his ACL in his one and only year at Kentucky was because he was tracking down a breakaway layup. Teams will never fault a guy for hustling. If you click around on all the mock drafts, Noel seems to be everyone’s favorite to land in the No. 1 spot. However, teams should be leery of Noel’s medical history and consider the fact that he could turn out to be injury prone. NBA comparison: Antonio McDyess

Scouting report: Porter may be the safest pick in this year’s draft class. He has all the physical tools, as well as the mental capacity to handle the rigors of being a professional. He’s a tall wing player and his length makes him a high-upside player. He plays within himself and has a high basketball IQ. He plays hard all the time and doesn’t get rattled easily. He’s a bit of a late bloomer, but that’s a good thing because it means he has room to grow. He nearly doubled his scoring average from his freshman year (9) at Georgetown to his sophomore year (17), and greatly improved his outside shot. His dribble and strength remains a weakness, but that can be masked if the right team drafts him. NBA comparison: Jeff Green 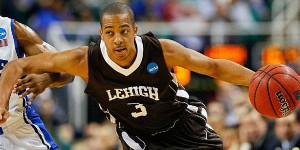 Scouting report: Despite a broken foot that sidelined him for 19 games in 2012-13, McCollum still had a decent senior season. He is a 20-point scorer in college and has all the shots: 3-pointers, pull-up jumpers, floaters, runners, step-back jumpers. Lehigh didn’t play against elite competition, so his individual statistics may be a bit inflated. He doesn’t possess elite quickness, but knows how to get around his man and create his own shot. He’s more of a shooting guard than a true point guard, but can play both at the pro level. He tends to look for his own shot instead of creating offense for teammates. NBA comparison: Monta Ellis

Scouting report: Burke had a tremendous season and made a big jump in improvement from freshman to sophomore year. He is highly competitive and a clever basketball player. He is a true point guard and knows how to run the pick-and-roll, which is a prerequisite for all young point guards. Plays with great poise and is not bothered by big moments. His signature moment in the NCAA Tournament came in the Sweet 16 when he knocked down a long 3-point shot at the buzzer against Kansas to send the game into overtime. The biggest question is his size, but he can overcome that with his quickness and high basketball IQ. NBA comparison: Damian Lillard

Scouting report: McLemore is a terrific athletic who explodes off the floor. He is considered the top shooting guard in the draft. He has a NBA-type body to go along with an outstanding leaping ability. He runs the court extremely well and is a highlight-reel play waiting to happen. He has very good quickness and can can finish strong around the basket. The only knock on the Jayhawks freshman is his size. He’s listed at 6-5, but may be a little below that. Kansas coach Bill Self compares him to another Kansas standout Brandon Rush. No disrespect to Rush but McLemore is a much better player and should have a better pro career. NBA comparison: Steve Francis

Scouting report: Bennett has already declared for the draft so he’s official on teams’ draft boards. He can score in a variety of ways. He can do it in the low post and away from the basket, and he’s quick enough to take defenders off the dribble. He’s strong and athletic, a deadly combination for any NBA player. At 6-7, Bennett is a bit undersized as a power forward, but teams shouldn’t shy away from him because of his lack of ideal size. Scouts said the same thing about Kenneth Faried and he’s doing just fine in Denver. Bennett is too strong for small forwards and too quick for power forwards. The Cavaliers are set with their backcourt of the future in Kyrie Irving and Dion Waiters. Now it’s time to upgrade the frontcourt. Bennett is a beast of a forward who will complement Cavs big men Tristan Thompson, Tyler Zeller, and Anderson Varejao. NBA comparison: Corliss Williamson

Scouting report: Len is an intriguing prospect because of his size and unlimited potential. Center and point guard are the two most important positions in basketball, and Len is a natural center who could develop into a terrific starter. Len, who turns 20 years old in June, was a standout for the Ukrainian under-18 squad. He sets good screens and knows how to roll to the basket, which is a lost art among big men. He also has great touch around the basket and shown that he can face up and knock down a jumper from 18-20 feet. He’s a natural shot-blocker who uses his physical tools and great timing to alter shots around the basket. NBA comparison: Nikola Vucevic

Scouting report: Hardaway Jr. is the son of former Golden State Warriors and Miami Heat standout point guard Tim Hardaway. Junior is much bigger than his daddy, who was barely 6 feet tall, and a better athlete. Junior also has a better shooting stroke than his daddy, and could be a decent two-way player because of his 6-6 frame. Hardaway Jr. took a backseat to celebrated teammate Trey Burke at Michigan, but don’t let the stats foot you. He is a much better player than his numbers showed and played big in the big games. And being the son of a former NBA star gives Hardaway Jr. a leg up on his peers. NBA comparison: Kendall Gill 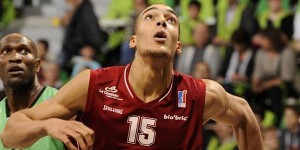 Scouting report: Gobert is one of the most intriguing prospects in this year’s draft. He may not wow you with great athletic ability, but he has the potential to be a very good NBA center. He has soft hands, moves his feet well for a 7-footer, and has a wingspan of 7 feet, 9 inches. He’s not a fluid athlete, but with a 7-9 wingspan he doesn’t need to be. He’s very mature for his age (20), having played professionally in France, and already battle tested. French players usually translate well in the NBA (see Tony Parker, Nic Batum, Boris Diaw, Ronny Turiaf, Mikael Pietrus), so drafting him is not a total reach. A smart general manager would take a chance on selecting Gobert and stashing him in Europe for one season. NBA comparison: Marcus Camby

Scouting report: Crabbe was the Pac-12 Player of the Year. Other former Pac-12 MVPs who went on to have great success in the NBA are Jason Kidd, Brandon Roy, Kevin Love, and James Harden. Crabbe is a very smooth player who has great size for a shooting guard. He has great range and excellent form in his jumper. He’s a catch-and-shoot player who knows how to come off screens. Crabbe and Michigan’s Tim Hardaway Jr. are comparable in a lot of categories, but Crabbe gets the slight edge because he was a little more consistent. The knock on Crabbe is his unassuming personality, which could be misunderstood for being soft or passive. NBA comparison: Wilson Chandler