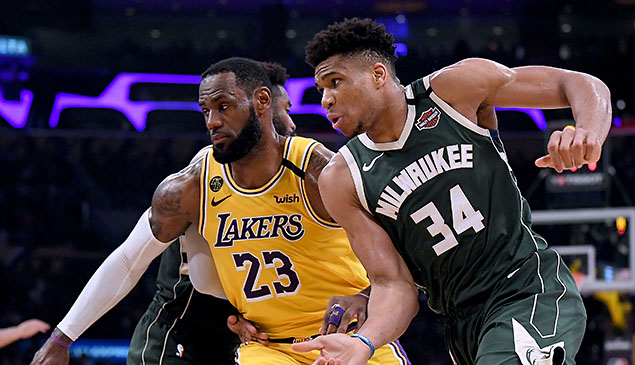 Basketball is back. It may not be the usual games we’ve been accustomed to, but it’ll have to do.

The NBA and its partners have created a unique bubble plan, setting up shop at Walt Disney World in Orlando, Fla.,where 22 teams will be participating in an AAU-type environment. The bubble plan has daily COVID-19 testing and strict policies about entering and reentering the Orlando bubble. When players arrived in the sprawling campus at ESPN’s Wide World of Sports Complex, they quickly found out nothing will be normal about this restart.

Yahoo Sports writer Chris Haynes gave an insider’s perspective on life in the NBA bubble. Teams have designated hotels and food is brought to players’ rooms. There is a “snitch line” that makes sure everyone is following COVID-19 protocol. Even Dr. Anthony Fauci, the nation’s leading expert on infectious diseases, was impressed with the $170 million program. It is the most comprehensive plan from all the major sports leagues dealing with the coronavirus pandemic. If this bubble plan bursts, we might as well cancel the rest of sports for 2020. If it works, you’ll see other leagues implement a similar program. It’s a copycat league.

There was some unfair chatter of a possible asterisk next to the team that wins the 2020 NBA championship. Yeah, there will be an asterisk. But it’ll say this: * Won championship despite going through the most difficult road of any NBA team in history. No home court advantage. No crowds. Giant video monitors serving as backdrops. Practices held inside a ballroom. Plenty of social distancing. And oh by the way, if a player is infected with the coronavirus, they’ll need to be quarantined.

The coronavirus pandemic halted the NBA season for five months. That’s equivalent to an entire offseason. There will be rust. There will be fitness issues (remember Shawn Kemp after the 1999 strike). There will be upsets. There will be missteps. This is a season unlike any other. Buckle up, folks. It’s going to be crazier than Mr. Toad’s wild ride.

The Lakers, Clippers and Bucks were head and shoulders above the rest of the competition when the sports world shut down on March 11. Fast forward to July following a four-month layoff due to the coronavirus pandemic and the three teams favored to win the NBA title are … drum roll, please … Lakers, Clippers and Bucks. So, basically nothing changed.

The Lakers were probably the team that was most affected by the COVID-19 shutdown as they were coming off huge wins against the Clippers and Bucks days before commissioner Adam Silver hit pause on the 2020 season. The lethal combination of LeBron James and Anthony Davis make the Lakers a difficult matchup for anyone. Offensively, the Lakers have the NBA’s most efficient offense. LeBron has been the Lakers catalyst even at the advanced basketball age of 35. But LeBron is no ordinary baller. In year 17 as a pro, LeBron averages 25 points per game and leads the league in assists (10.6). His offensive game was rounding into playoff form in March. The Lakers did take a hit defensively with the loss of lockdown perimeter defender Avery Bradley, who decided not to participate in the bubble plan. The loss of Bradley leaves a huge void in the backcourt as head coach Frank Vogel will be forced to shuffle his backcourt rotation and may have to give minutes to Dion Waiters and J.R. Smith. Waiters was cast aside by the Miami Heat while J.R. hasn’t played in a meaningful NBA game since 2018.

The team most equipped to handle the Lakers in a playoff series is the Clippers. Reigning Finals MVP Kawhi Leonard wants nothing more than to ruin the Lakers party, become the undisputed king of L.A. and validate his position as the best player in the world. The Clippers have the deepest roster among the 22 teams in the restart. The only question mark(s) is on-court chemistry. Paul George is still rounding into shape coming off surgery to both shoulders while Kawhi remains under load management protocol. PG and Kawhi don’t have lot of court time together, but when both were in action the Clippers were 24-8. The Clippers owned the third-best offensive rating and fifth-best defensive rating. They also have the best bench in the league (51.5 points per game), led by super subs Lou Williams and Montrezl Harrell, who could start for many clubs. L.A. also added guard Reggie Jackson and forward Marcus Morris, giving coach Doc Rivers a plethora of options. LouWill and Trez will miss the opening week of the restart, but both are expected to rejoin their teammates when the seeding portion of the schedule concludes. The Clippers are a confident bunch and they’re not worried where they end up in the standings.

The Bucks likely benefitted from the long layoff as they were in a bit of a funk (6-4 in their last 10 games) after the All-Star break. All-Star forward Giannis Antetokounmpo sustained a left leg injury during the loss against the Lakers in March and appeared a little fatigued. Milwaukee’s title hopes rest on the broad shoulders of Giannis, who is having an MVP season (29.5 points per game, 13.9 rebounds, shooting 55 percent from the field). He’ll need to be at his absolute best because his supporting cast isn’t good enough to carry him. Good news is The Greek Freak appears to be healthy again. Giannis needs to be special if the Bucks are going to advance to the NBA Finals for the first time since 1974 when Kareem Abdul-Jabbar was the face of the franchise.

There is a major logjam of teams in the discussion. Even though these teams are all capable of making a deep playoff run, they have some weaknesses that could be exposed and eventually derail their championship hopes.

Houston is going all-in on small ball, putting Robert Covington (6-8) and P.J. Tucker (6-5) in the frontcourt with guards Eric Gordon, Russell Westbrook and James Harden in the backcourt. Coach Mike D’Antoni could either look like a genius or he could lose his job. He will lean on his two superstars, Harden and Westbrook, to generate most of the offense. That’s a heavy burden even for a dynamic duo averaging a combined 61 points a game (No. 1 in the league). If one of them has an off night it could be lights out for the Rockets. As an added distraction, you have the Westbrook COVID-19 positive test. Houston, that’s a problem.

Speaking of COVID-19, Nuggets All-Star center Nikola Jokic is also coming off a positive virus test. The good news is Jokic has recovered and looks in fantastic shape, stunningly slim. The Serbian big man was listed at 280 pounds at the start of the season and he appears to have shed at least 25 pounds. Jokic is the linchpin to everything the Nuggets do. The Nuggets will go only as far as Jokic can carry them.

Did anyone say COVID-19? If there’s such a tag as Team COVID, it’s the Utah Jazz. Center Rudy Gobert was one of the first faces of the coronavirus pandemic as his positive test triggered the league-wide shutdown. Guard Donovan Mitchell also tested positive for the virus, and there was a period during isolation when Gobert and Mitchell were at odds. Mitchell reportedly was upset about Gobert’s careless behavior about the coronavirus. Both appear to have squashed their reported beef. But one issue Gobert and Mitchell won’t be able to fix is the absence of Bojan Bogdanovic. The veteran sharpshooter had wrist surgery and won’t be playing in the bubble. Bogdanovic was averaging 20.2 points per game and 41 percent from 3-point range before shutting it down.

If there was team that needed a reset it would be Philly. The Sixers greatly underachieved during the season and almost seemed disinterested. All-Star center Joel Embiid appeared out of shape prior to the pandemic and fellow All-Star Ben Simmons kept teasing us with his new jump shot but kept disappointing us, too. When they are both clicking, Embiid and Simmons pose a lethal 1-2 punch talented enough to save coach Brett Brown’s job. The reboot could turn out to be a blessing in disguise.

The Celtics have a budding star in Jayson Tatum, and he could finally have his breakout moment. The one negative for the Celtics is their lack of size. Tatum is the Celtics’ tallest starter at 6-8 and all their rotational players with the exception of Enes Kanter are 6-8 or shorter. Celtics are severely undersized against their two biggest obstacles: Philly and Milwaukee.

What do the Mavericks, Raptors and Heat have in common? They all have coaches with championship pedigree. The restart will be a sprint, and teams with steady leaders should thrive.

Rick Carlisle, who led the Mavericks to an NBA title in 2011, is one of the game’s best in-game strategists and he has a wonderful chess piece to play with in rising superstar Luka Doncic. The Mavs offense revolves around Doncic. The 2019 Rookie of the Year now has a full two years of NBA experience to process in his super high basketball IQ, and his arrow is pointing way up. In his second year in the Association, Doncic nearly averaged a triple-double (28-9-8). Looks like Luka is ready to make the jump into elite status.

It’s a bit odd to call a defending NBA champ a playoff sleeper, but Nick Nurse and the Raptors have gotten almost zero respect following their stunning win in the 2019 NBA Finals over the Golden State Warriors. When Kawhi left for L.A., almost all the basketball pundits left the Raptors for dead. Guess what? The Raptors are still ticking. Paschal Siakam has emerged as a bonafide No. 1 option. Kyle Lowry and Marc Gasol have logged a lot of miles, but they are crafty veterans who know how to turn it on in the postseason. Don’t sleep on the team from The North.

Erik Spoelstra hasn’t had much to work with since LeBron left town and Dwyane Wade’s skills started to fade. This year, Spo has a boatload of talent. With Jimmy Butler leading the way, third-year player Bam Adebayo emerging as the secondary star, role players Kendrick Nunn, Duncan Robinson and rookie Tyler Herro all gaining confidence by the day, Miami has a young, hungry squad looking to put some serious heat inside the Orlando bubble.

Billy Donovan may not have a NBA championship ring, but he does own two college basketball championship plaques when he led the Florida Gators to back-to-back NCAA tournament titles in 2006-07. With the departures of Kevin Durant, Russell Westbrook and Paul George, Donovan can freely coach the Thunder without having to worry about hurting a superstar’s ego. And he has a veteran leader in point guard Chris Paul to help him guide a young and energetic squad that will be a tough out.