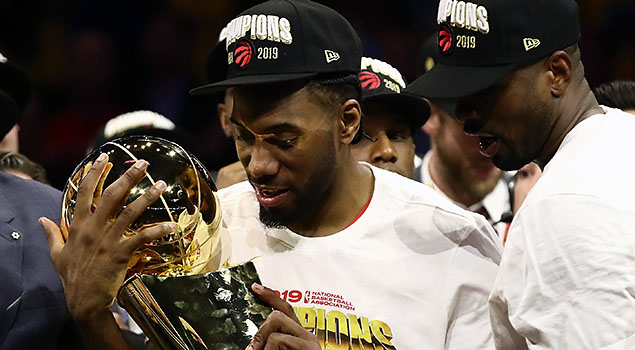 The ranking system is based on one man’s opinion and does not follow or conform to any other format, with more emphasis placed on how each player performed in the postseason. Stars are made during the regular season, but legends are born in the playoffs.

The debate on who is the top gun was settled after the Toronto Raptors ended the Golden State Warriors dynasty.

The center position has evolved over the years. Anthony Davis came into the NBA in 2012, one year after MDE (most dominant ever) Shaquille O’Neal retired. Davis led the University of Kentucky to the NCAA championship and was the unanimous No. 1 overall pick in the NBA draft. Davis walked into the league as a skinny 19-year-old big man with guard-like skills but with a 7-6 wingspan. He was a hybrid. If Shaq was the last true back-to-the-basket dominant big man in the NBA, Davis was the future. He is the “center” most teams covet. He can post up. He can face up. He can step back and shoot 3-pointers. He can handle the ball and be able to get to his spots. But more importantly in today’s game, he can defend all positions — including perimeter players. The Brow is the total package. 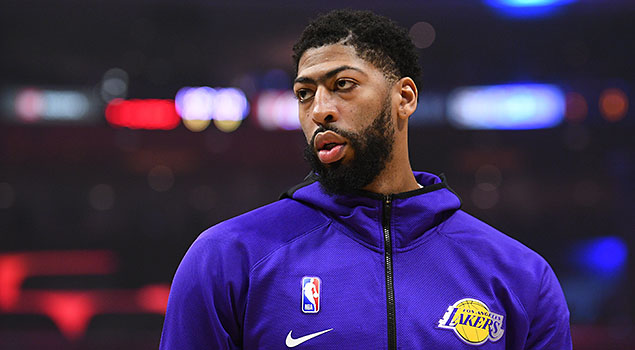 Anthony Davis is regarded as one of the best defensive players in the NBA. (Getty Images)

Being able to contain guards for a 6-10, 253-pound big is a luxury most teams don’t have. The game has become so pick-and-roll heavy that big men must be able to hold their own against guards on switches. As good as Davis is offensively — he’s a career 52 percent shooter from the field and averages 24 points per game — his defense is what sets him apart from his peers. He averages 10 rebounds per game and 2.4 blocks. He is one of the league leaders in blocked shots year in and year out, and has been named to the All-Defensive team multiple times. “He does everything,” said LeBron James, Davis’ L.A. Lakers teammate. “He’s able to protect the rim, he’s able to guard in the post, he’s able to switch out to guards,” James added. “He’s able to block shots when guys are shooting floaters and runners. Get steals. I mean, he does everything defensively for us.”

Can you imagine OKC now had it kept Harden, Russell Westbrook and Kevin Durant? The Harden-to-Houston deal remains one of the most absurd moves in league history. The Thunder haven’t reached the NBA Finals since the trade, while Harden has risen to MVP status. Harden reminded OKC what they’re missing when he put on a memorable performance on Feb. 20, 2013 against his former team. It was a game that convinced hoops fans that Harden, now out of the shadows of Kevin Durant and Russell Westbrook, is one of the best players in the world. With his Rockets down by 14 with under five minutes left, Harden decided to take the game over. He single-handedly rallied the Rockets, dropping a career-high 46 points in a 122-119 victory that had the Toyota Center buzzing — and the rest of the league for that matter — buzzing. Harden made 14 of 19 shots from the field and made seven of his eight 3-point attempts. It didn’t matter who OKC put on Harden, he just kept scoring. The signature play of the evening came at the two-minute mark of the final quarter when Harden faced Ibaka on the wing, gave him one crossover dribble, four between-the-legs dribbles, then stepped backed for a long 3-pointer over the best shot-blocker in the NBA to tie the score at 111. During the 2014-15 season, Harden led the Rockets to Western Conference finals where they fell to eventual champ Golden State. Harden reached a major milestone in his basketball career when he was named the 2017-18 regular season MVP after leading the Rockets to the best record in the NBA. Harden and the Rockets lost in Game 7 to Steph, KD and the Warriors in a hard-fought seven-game series in the Western Conference finals. 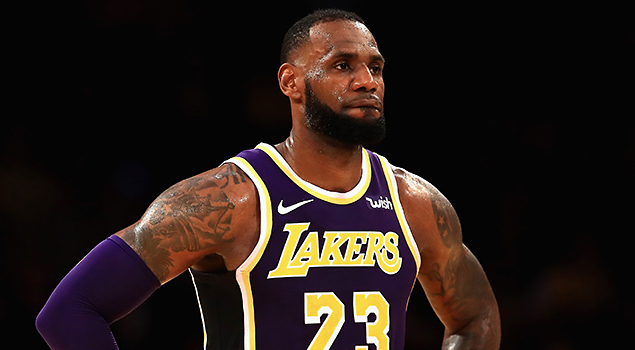 James said the Mavs series humbled him and he learned an important lesson. It made him make some significant changes on and off the court, including adding a post-up game with the help of Hakeem Olajuwon. LeBron reduced the amount of 3-point attempts and made a concerted effort to take the ball to the basket. He put together one of the most dominant and efficient regular seasons in league history, and earned his fourth MVP award. LeBron and Co. authored a historic 27-game winning streak and finished with a league-best 66 wins. He raised his level of play during the postseason and the signature moment came in Game 7 of the 2013 Finals when he drained a mid-range jumper from the wing with 27 seconds left to put the Heat up by four. For the series he averaged 25 points, 10 rebounds, and seven assists. James will always have his critics because of the way he left Cleveland the first time. But he returned to Ohio and delivered on his promise. He fulfilled his promise by bringing a championship to The Land, cementing his basketball legacy and silencing his critics. For someone who will go down in history as one of the greatest to ever play the game, LeBron has endured a ton of criticism. He has risen to the challenge, proving to the whole world that he is fit to be king. 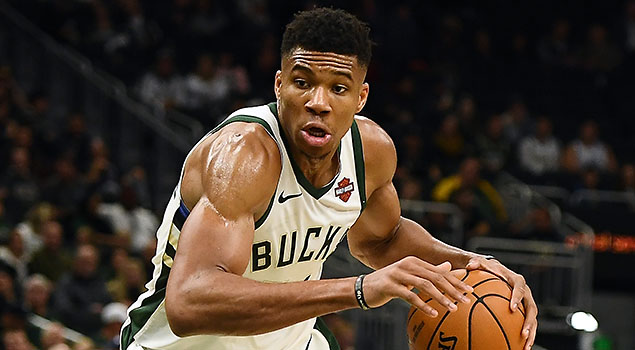 Giannis Antetokounmpo led the Bucks to the Eastern Conference finals in 2018-19. (Getty Images)

Giannis Antetokounmpo is well aware he’s far from being a finished product. Sounds ridiculous to even suggest that the NBA MVP, who averaged 27.7 points per game, 12.5 rebounds, 5.9 assists, shot 58 percent from the field and led his team to the best record in the Eastern Conference during the 2018-19 season, still has plenty of room for improvement. But that is the case with the 24-year-old Greek Freak, who is only scratching the surface of his prodigious talent. “I always think that I can improve,” Giannis told NBA TV. “That’s the one thing I have been doing, and I’m gonna keep doing it. There are going to be times that I’m not going to improve anymore. But as long as I keep working hard, keep believing in myself, I think I will keep getting better. I can tell you right off the top of my head five things I could do better,” he added. “I could shoot more threes, catch and shoot threes so I can help my teammates space the floor better. I could be able to playmake more. I could improve my handles. Make my handles more tight. There’s a lot of things I can improve.” To hear an MVP talk about all the things he needs to improve on is very refreshing. Giannis strikes a good balance of high level of confidence and humility. He has great confidence in his ability, but he’s also well aware of his weaknesses. With Giannis leading the way, Milwaukee is a championship contender in the East. “We try to get better each day. We try to compete at practice and create a habit that can carry over to the game,” Giannis said. “We know teams are going to come and try to win games against us. But we gotta be ready. We gotta do what we did last year. Defend together. Move the ball offensively. If we keep doing that we’re gonna be fine.” 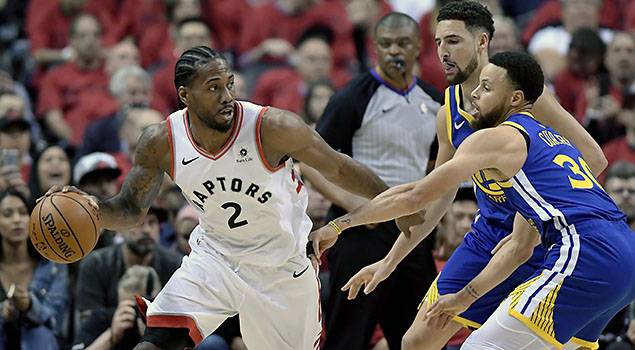 Back in July 2015, Kawhi Leonard signed a multi-year contract with the San Antonio Spurs with the intention that he’ll be the face of the franchise for years to come. Leonard was coming winning his first NBA championship with the Spurs and was named Finals MVP in 2014. Fast forward to July 18, 2018. That was the day when the Spurs and Kawhi parted ways after an ugly divorce where both sides dug in their heels and stood their ground. The Spurs traded their cornerstone to the Toronto Raptors, along with Danny Green, for DeMar DeRozan, Jakob Poltl and a 2019 first-round pick. The Spurs felt their relationship with Kawhi couldn’t be repaired. The core issue centered around Kawhi’s thigh injury. The Spurs doctors gave a different diagnosis than Kawhi’s doctors. Leonard played just nine games in the 2017-18 season and wanted out. Leonard’s reputation and status as one of the game’s greats took a severe hit. He needed to repair his rep and image while he was in Toronto. And did exactly that. Kawhi best on himself and put together a historic season with the Raptors. He clawed his way back to the mountain with a playoff performance worthy of legendary status. He averaged 30.5 points per game in the playoffs playing nearly 45 minutes. He delivered one of the greatest moments in NBA playoff history when he knocked off the Philadelphia 76ers in Game 7 of the Eastern Conference semifinals with a dramatic game-winning, buzzer-beating 3-pointer that bounced off the rim four times before falling in the basket.

It was one of the craziest finishes you’ll ever witness. “Game. Series. Toronto has won,” play-by-play commentator Kevin Harlan said. But Kawhi wasn’t done. In the next round, he went head-to-head with 2019 NBA MVP Giannis Antetokounmpo. After dropping the first two games, Kawhi locked in and shut down Giannis and the Bucks the rest of the series to push the Raptors to their first NBA Finals appearance. Waiting for the Raptors in The Finals was defending two-time champion Golden State. It was supposed to be a massive mismatch. The Warriors had four future Hall of Famers in Kevin Durant, Steph Curry, Klay Thompson and Draymond Green while the Raptors limped into the series with a battered and bruised Leonard. In the end, it was the Warriors who were left battered and bruised and limped off the court with  a depleted roster after Durant went down with an Achilles tear and Klay injured his ACL. The Raptors celebrated Canada’s first pro basketball championship and Kawhi was named Finals MVP. Kawhi is the king of the basketball realm.