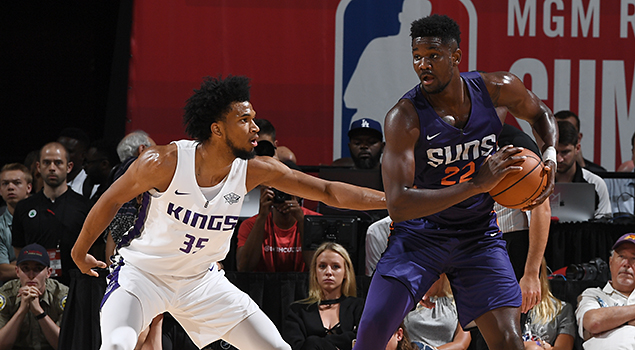 LAS VEGAS — You don’t have to be a basketball junkie to love the NBA summer league, especially if the venue is Las Vegas. For the general admission price of $35, you’ll be able to watch a slew of games at UNLV’s Thomas & Mack Center and Cox Pavilion. And if you’re paying close attention, you could bump into some NBA executives or big-time players.

It’ll be like watching 10 live shows for the same price you would pay for a dinner buffet at Mandalay Bay or Planet Hollywood.

The event is fast becoming one of the best shows on the Vegas Strip, and this year should bring a tremendous amount of buzz thanks to a heralded draft class headed by No. 1 overall selection DeAndre Ayton (Phoenix Suns), No. 2 pick Marvin Bagley III (Sacramento Kings), No. 4 pick Jaren Jackson Jr. (Memphis Grizzlies), and No. 5 pick Trae Young (Atlanta Hawks). This will be the first year all 30 NBA teams are participating in the Vegas summer league.

Here is the jam-packed schedule through the first five days (All times EST):